Monday 12th May 2014 - Trip to Panagia Chrisopigi and Platis Gialos

We catch the 10.00am bus to Artemonas via Apollonia where the main bus station is located.  When I say bus station I mean a car park where the buses seem to depart from.  From here we will catch a bus to Panagia Chrisopigi but first we go to the bakery at Artemonis for breakfast.  Pastries and a cup of tea.  Whilst waiting for the bus I go to look at the church Agios Constantinos which was built in the 18th century.  It's architecture is simple but I'm fascinate by the way the small features cast shadows on the stark white exterior walls. 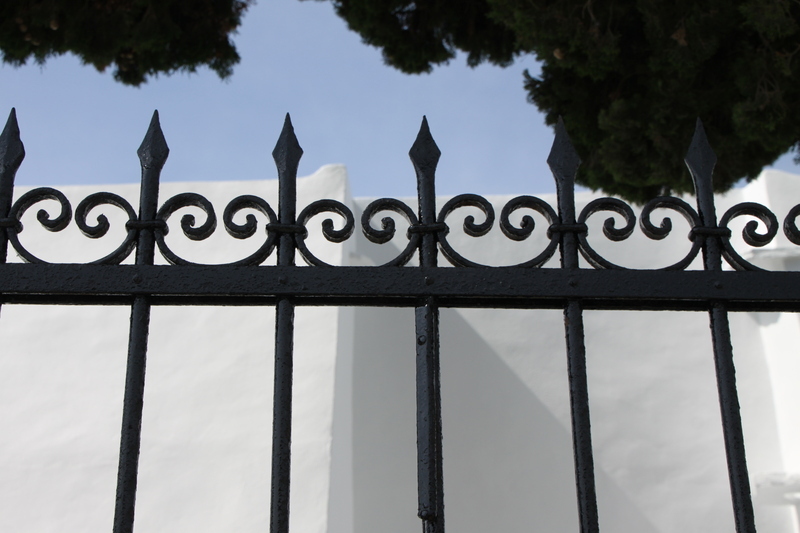 The bus arrives to take us to Panagia Chrisopigi.  The bus driver gives us the nod when we arrive.  The place is deserted and we are the only people that leave the bus.  At first it is unclear where we go but we remember reading that we need to take a path that starts at the main road.  Before we begin our descent, we pop our heads into the small church by the bus stop. 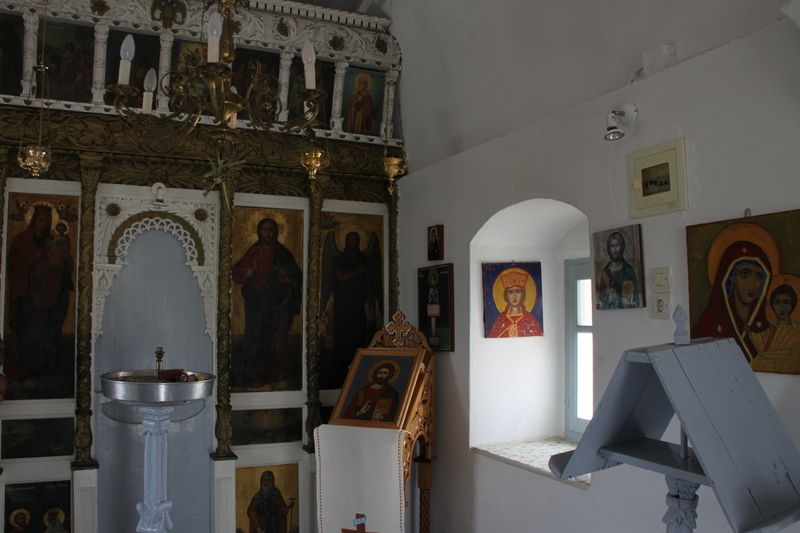 We find the path and begin the walk down to the church.  I'm already thinking about the climb back up in the midday heat! 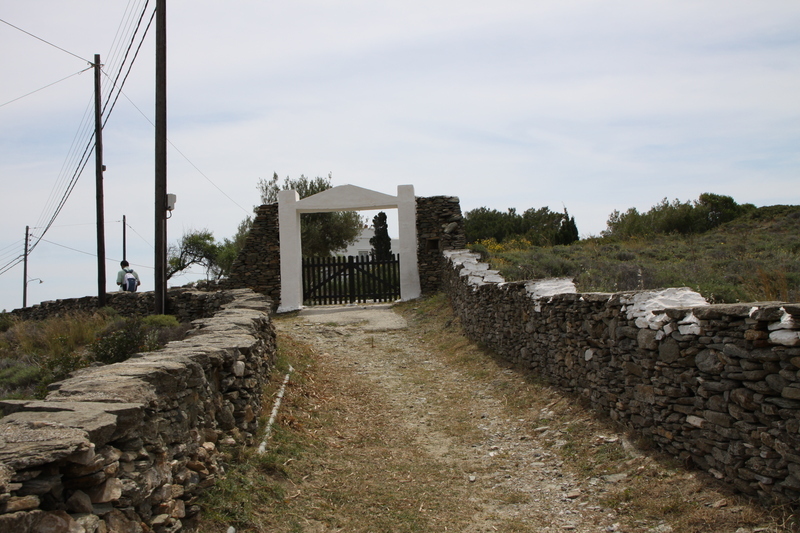 "The celebrated monastery of the island patron saint "Panagia Hrissopigi" (Our Lady of the Golden Spring) stands at the south-eastern end of the island in the Faros area. It was built in 1650 in a lovely area on the site of an older church. The icon of Zoodohos Pigi is mentioned in a great many legends which allege that it came from the sea.  According to an inscription, the great Greek poet Aristomenis Provelegios stayed in one of them."

The baptism font sits on the edge of the islet - I can only image what it is like to be here for religious ceremonies and festivals especially the Ascension of Christ where visitors arrive at the church in hundreds of little boats. 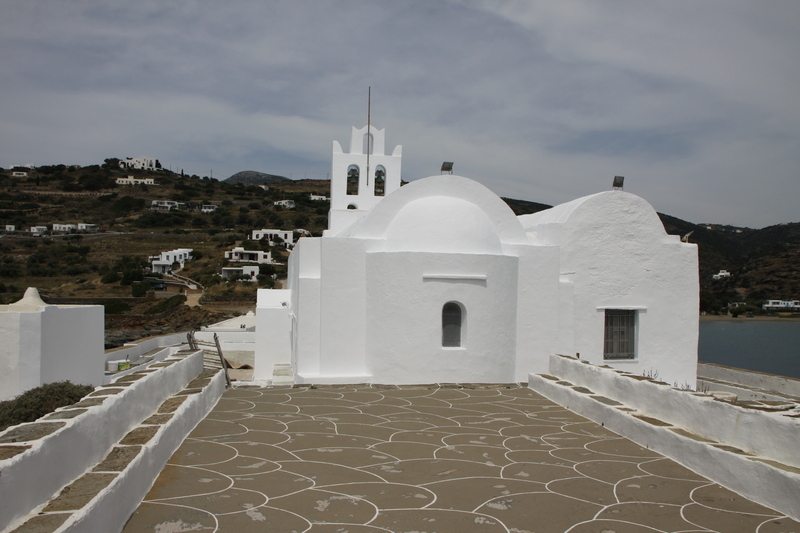 The only other people here are a couple of workmen who are carrying out renovations.

No more putting it off.  We climb the steep steps back up to the main road and head off to Platis Gialos the next village along the coast.

The first thing that we see once back on the main road is a freshly squashed snake.  It is spring and the snakes like nothing better than to warm themselves on the hot (yet perilous) tarmac.  From what I've read it looks like the venomous yet endangered Milos Viper.  Do I sound rather blase about this?  I'm really not!  I now find myself walking straight down the middle of the empty road so that I will get advance warning of any oncoming vipers! 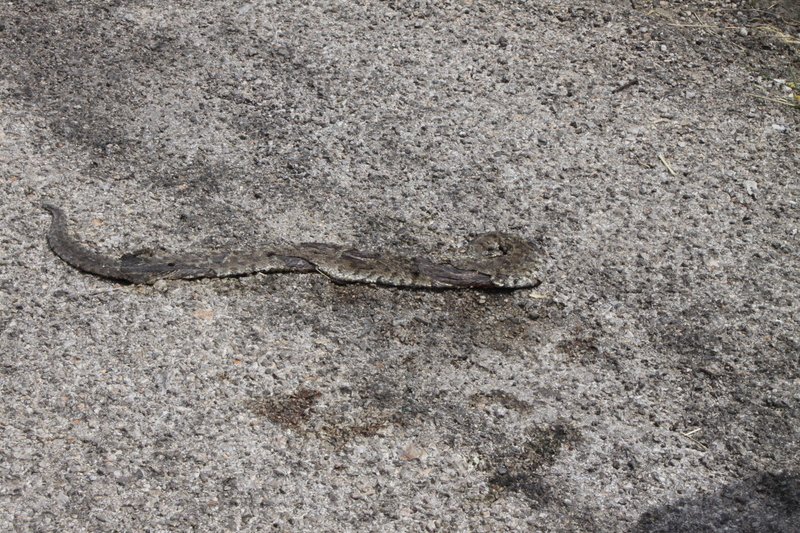 As we approach a wide bend in the road we see below the village of Platis Gialos.  First things first.  We stop off at cafe bar La Playa for chocolate crepes and ice cream! 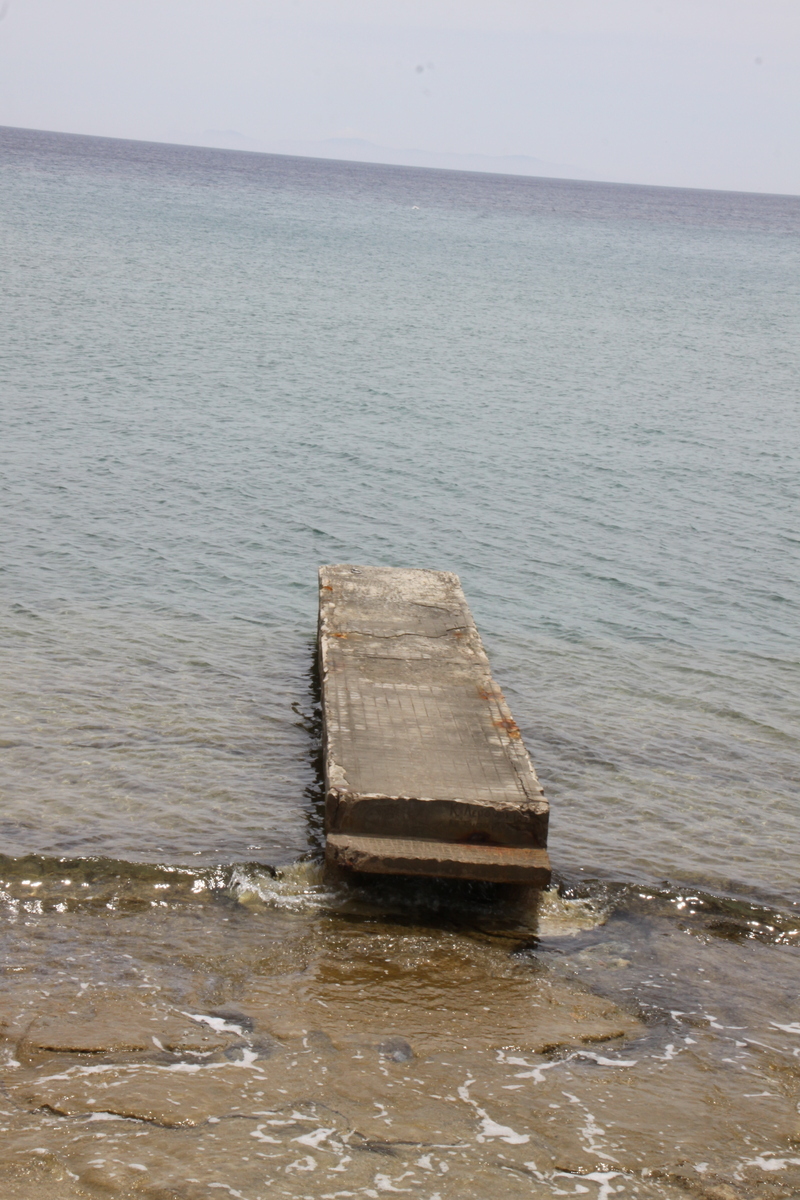 The village is also almost deserted but I imagine it is completely different in mid season.  Platis Gialos is pretty but there isn't much to do (and the sea is still a bit cold).  We have a wander around the streets and pop into several of the potteries where we make a few purchases to take home with us. 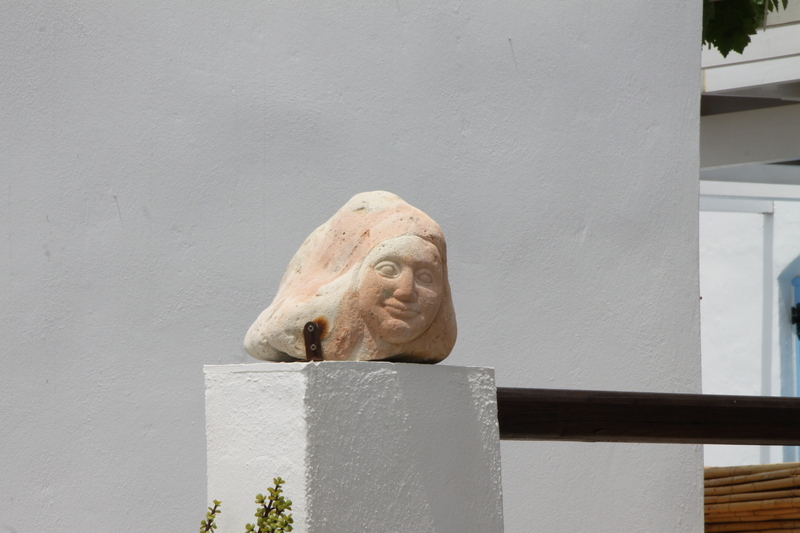 We catch the 15.00pm bus back to Kamares taking in the scenery along the way. 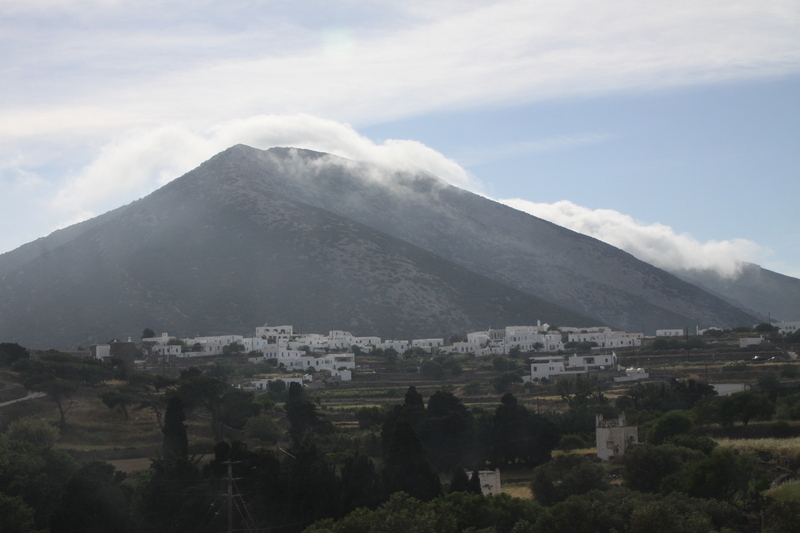 Later that evening we decide to walk along the bay to Agia Marina and hike those 2000 steps to the church.  Early evening is a perfect time of day for this.  Although a bit challenging we are rewarded with fabulous views over the bay of Kamares. 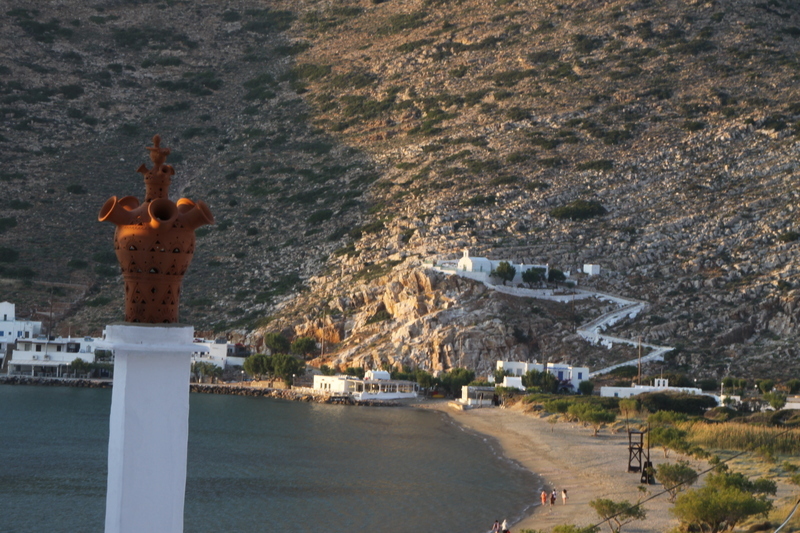 Walking down those 2000 steps did kickstart the old vertigo a bit!  I need a drink! Not far from here is Cafe Folie where we stop off for a cocktail. 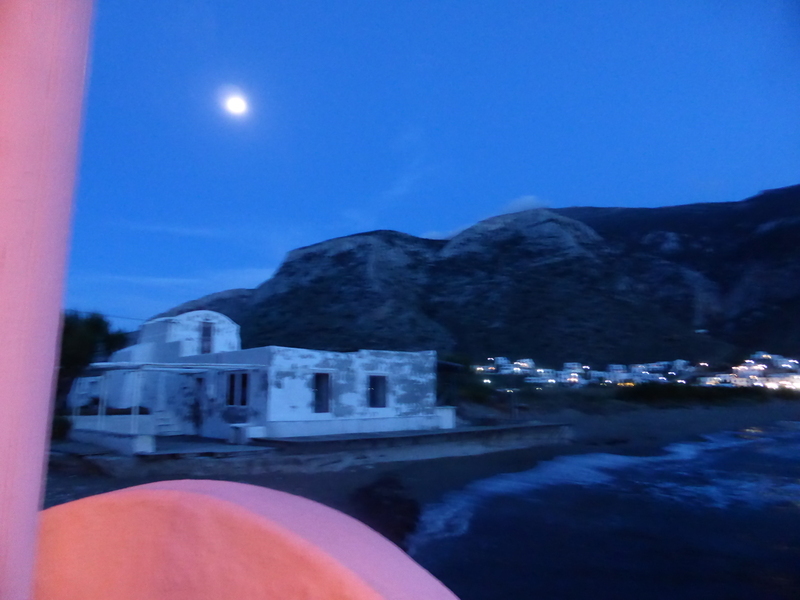 Before we go for dinner we buy our ferry to tickets back to Athens (Piraeus) and book 1 night in Hotel Arion.  Unfortunately our favourite Athens hotel the Attalos is fully booked. We didn't intend to stay so long on Sifnos and had hoped to get a day or two in Syros but we have absolutely fallen in love with this island.