Today we are going to visit the village of Dryopida  Like Kea there isn't a bus service running at this time of year so we book a taxi - or rather Katerina phones for a taxi for us.  The journey spirals up above the Chora and then drops down again it Dryopida itself.  We are dropped off on the main street leading into the village.  Dryopida used to be the capital of the island and takes its name from it's first settlers on the island, the Driopes.

In particular we are keen to visit the Katafyki Caves.  We decided to explore the village first and hopefully would find the location of the caves in doing so.  We weren't 100% sure that the caves would be open to the public at this time of year. 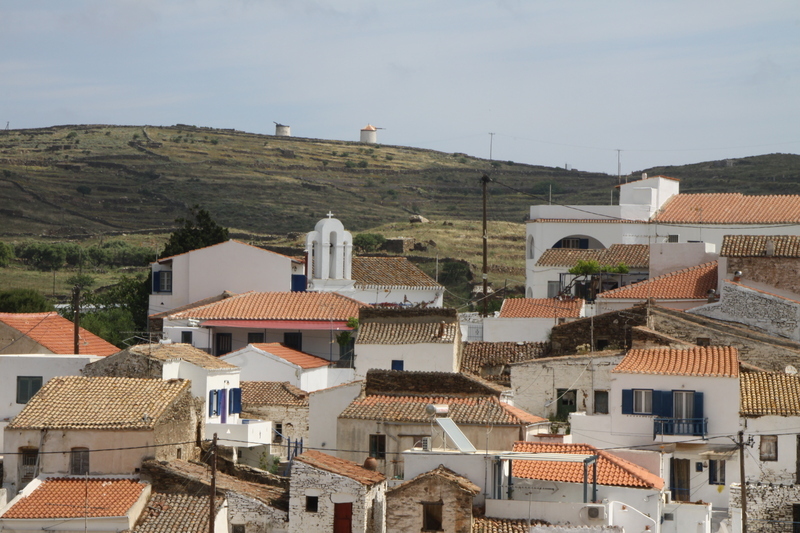 We found a cafe to have brunch.  The old man from the cafe told us that the cave wasn't open at this time of year as it was still low season.  We ordered a Greek salad and a 'special' omelette with tea. As we tucked into salad and tea a group of about 20 elderly Greek ladies walked by.

Within seconds the man from the cafe in broken English and lots of hand gestures told us to follow the group of women - it seems they were here on an organised trip to the cave.  The man indicated that our food would be ready for us when we came back.  We grabbed our bags and followed - not sure whether we would be welcome or not.  We asked the guide if it was OK to join and he said yes.
I'm quite glad that we had joined a party of elderly ladies as the descent into the cave was slow which gave me time to pace myself - and my vertigo.  The Katafyki Caves are said to be the largest and best caves in Greece.  The year before I had visited the Caves of Antiparos a second time but couldn't make it to the bottom because of my condition.  Katafyki may be big but isn't as deep as Antiparos - at least I could make it to the bottom! 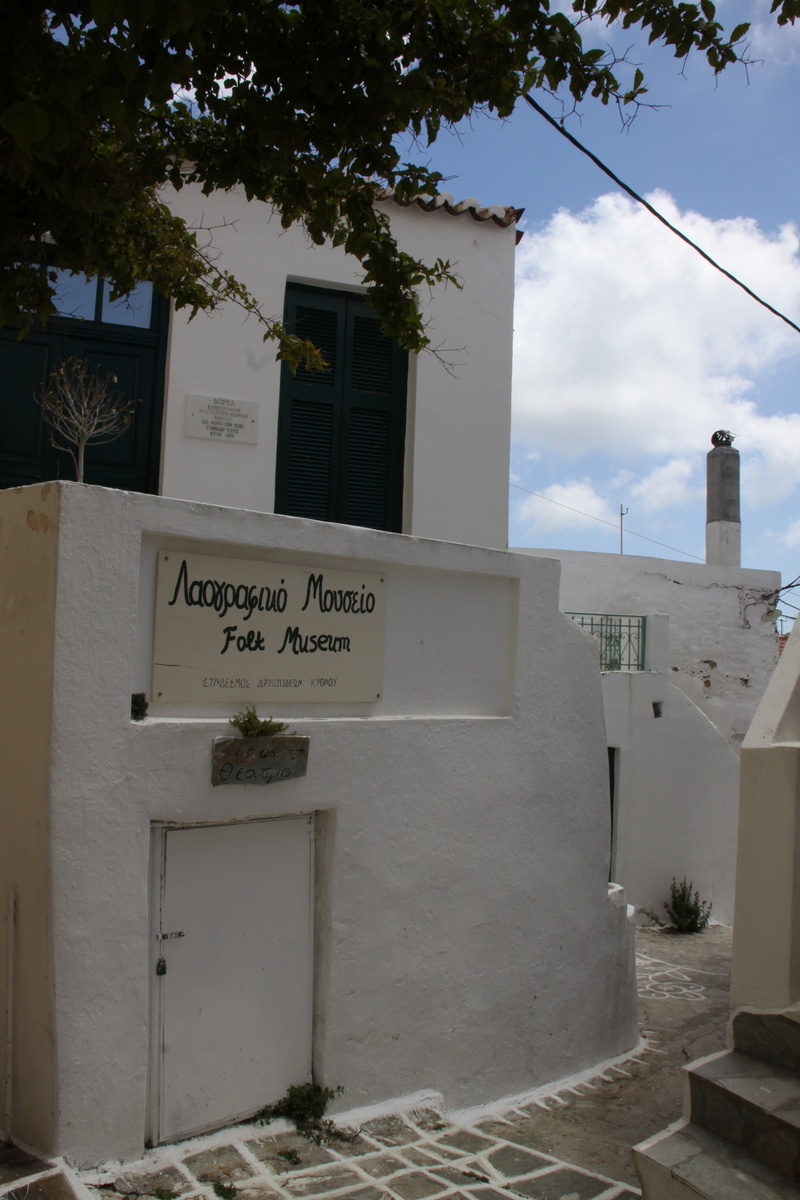 Went back to the cafe -  our tea still warm and our omelettes were brought to us fresh from the pan. Some of the ladies from the group also came to the cafe to eat.  They were also drinking ouzo and I didn't need to understand the language that they were (to use a Norther phrase) 'a right rum bunch'.

We explored the village a little further before calling for the taxi to take us back to the Chora.  There are examples of the villages pottery heritage in the architecture everywhere. 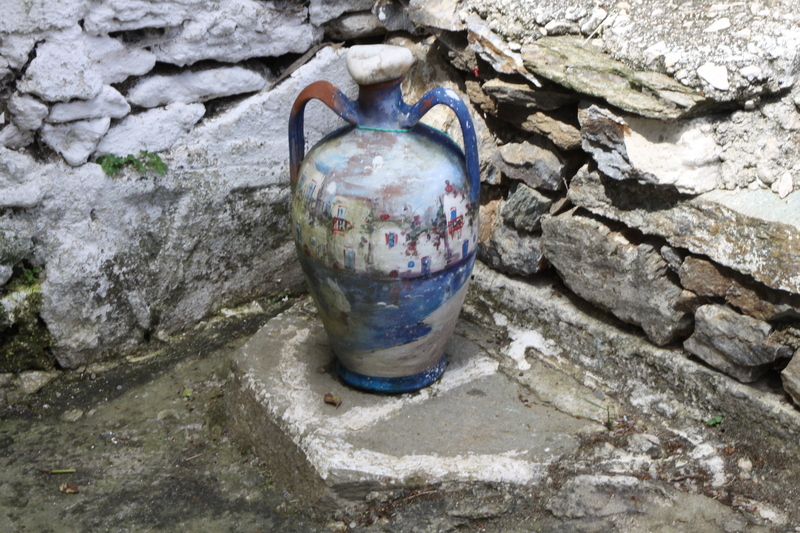 At the last minute we decide to go to the port to spend the afternoon and also to buy our ferry tickets to Serifos. 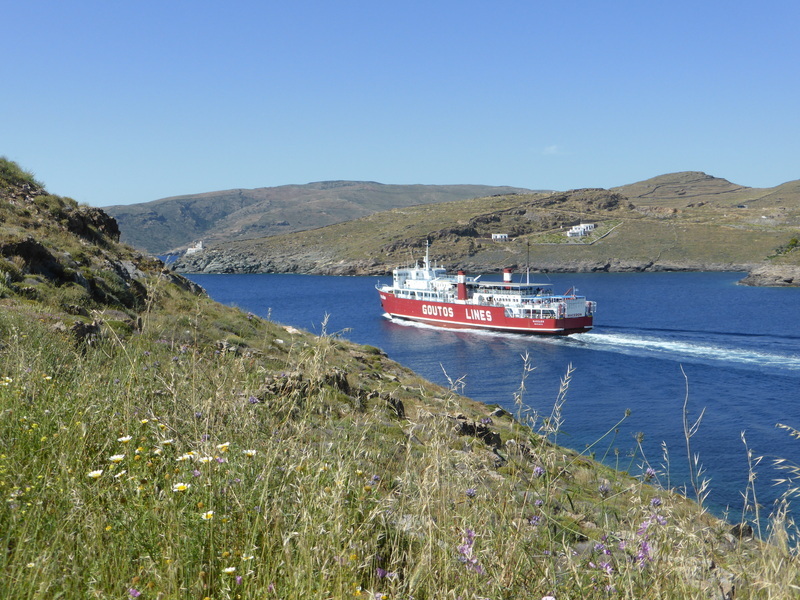 There isn't much to the little port of Mastichari.  It's nice enough but we're so glad that we decided to stay in the pretty little Chora,
That evening the wind began to pick up and was quite breezy.  We have another walk around the Chora before going for dinner.  We walk around the outskirts of the Chora to catch the sunset.  We start off by walking through the cemetary next to Filoxenia which is illuminated by candles in lanterns down the walkway. 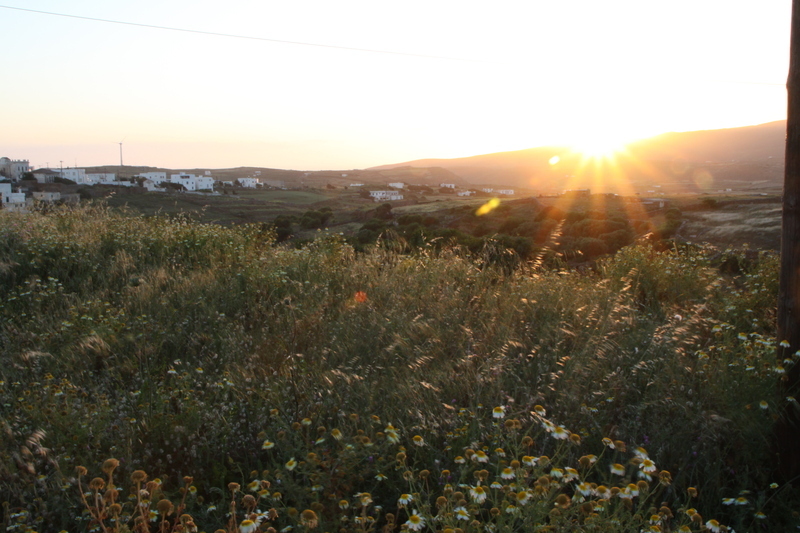 We are eating a little bit later this evening and have a wider selection of tavernas to choose from.  We choose To Steki Tou Ntentzi on the main street but eat inside because of the wind.  We had Greek salad, caper sauce made with potatoes, local sausage for me and kebab for Peter.  The restaurant is very popular with local people and the decor is rustic with a modern twist.  It was an excellent meal in nice surroundings. 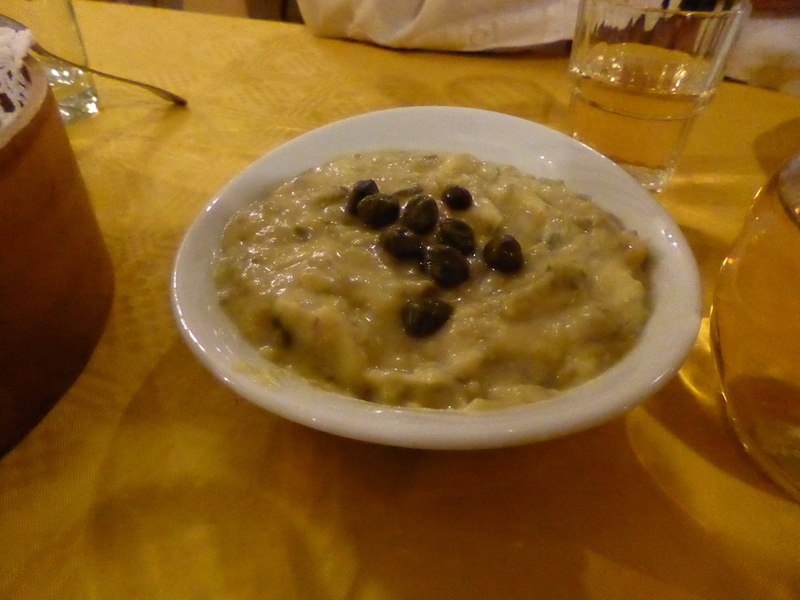 This is a lovely way to spend our last evening on Kythnos.